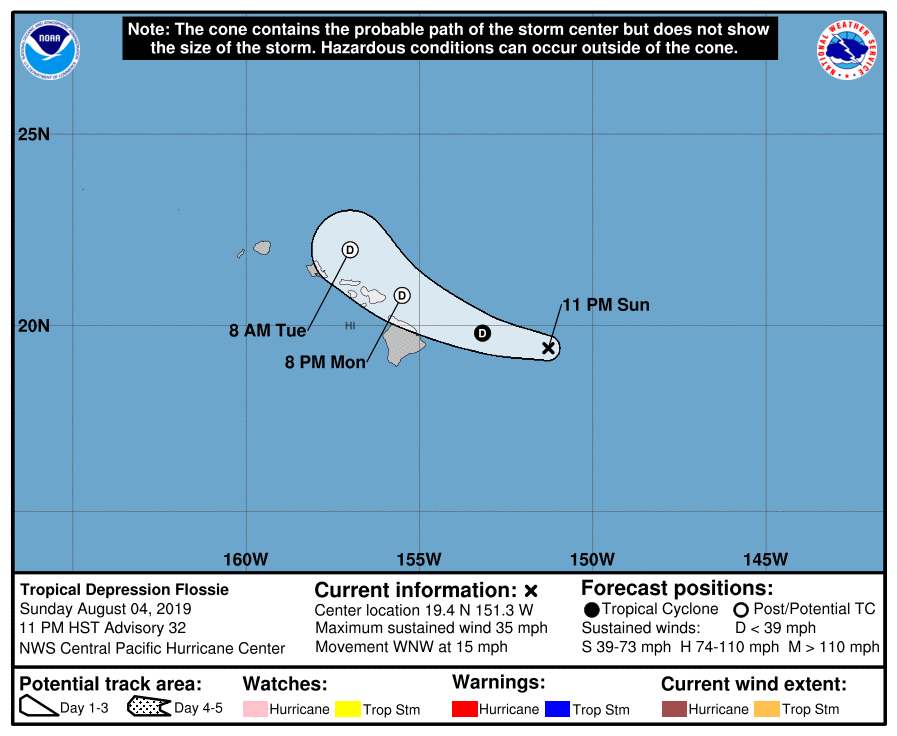 The storm is expected to bring heavy rainfall and rough surf conditions to Hawaii as it passes the Big Island and Maui on Monday.

The Central Pacific Hurricane Center reported as of Sunday, 1100 PM HST (0900 UTC), the center of Tropical Depression Flossie was located near latitude 19.4 North, longitude 151.3 West. The depression is moving toward the west-northwest near 15 mph (24 km/h). This general motion is expected to continue tonight with a turn toward the northwest and a slight decrease in forward speed expected Monday through Tuesday. On the forecast track, the weakening system will move near the main Hawaiian Islands Monday through Tuesday.

Maximum sustained winds are near 35 mph (55 km/h) with higher gusts. Weakening is forecast during the next couple days, with Flossie becoming a post-tropical remnant low Monday or Monday night, and dissipating on Tuesday.