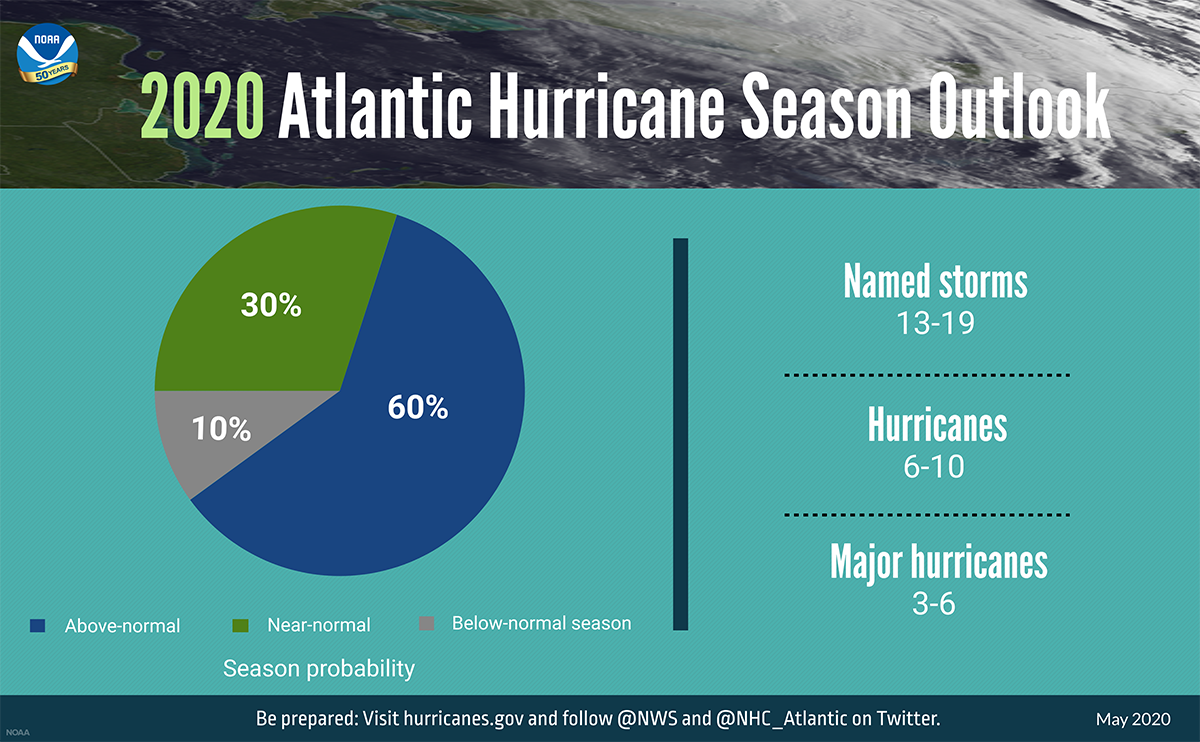 The 2020 Hurricane Season has started

Today is the official start of the 2020 hurricane season in the U.S. but mother-nature got an early start with Atlantic Tropical Storms Arthur and Bertha and Pacific Tropical Depression Amanda.  The next named storm that develops will be Cristobal in the Atlantic and Boris in the Pacific.  The list of 2020 storm names for the Atlantic and Pacific are shown below.

The Atlantic hurricane season runs from June 1 through November 30.