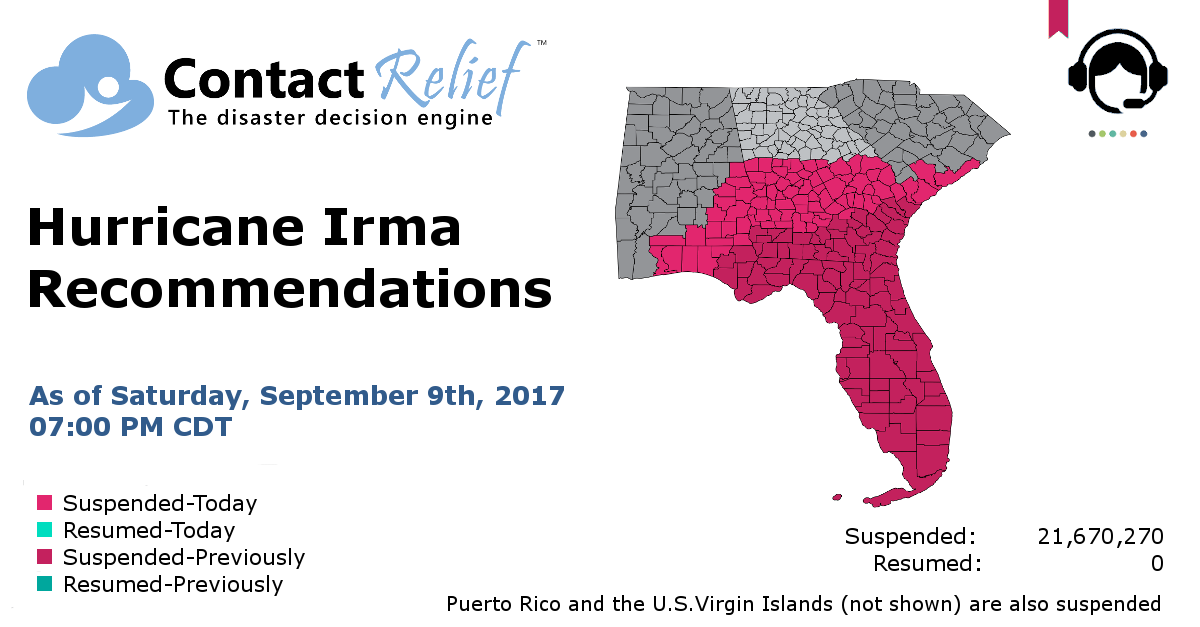 ContactRelief recommends suspending contact with consumers in certain Alabama and South Carolina counties and additional counties in Florida and Georgia.

ContactRelief is making public its Hurricane Irma recommendations made to subscribers Saturday, September 9th, to suspend contact with consumers in certain Alabama and South Carolina counties and additional counties in Florida and Georgia.

The National Hurricane Center reports in its 8 PM EDT advisory that heavy squalls with embedded tornadoes are sweeping across South Florida. Life-threatening winds over much of Florida are expected regardless of the exact track of the center. Wind hazards from Irma are also expected to spread northward through much of Georgia and portions of South Carolina and Alabama.

Hurricane Irma is located 110 miles southeast of Key West, Florida, moving west northwest at 7 MPH. The storm is expected to turn to the northwest later tonight bringing it near the Florida Keys Sunday morning and move on or along the west coast of Florida Sunday afternoon.