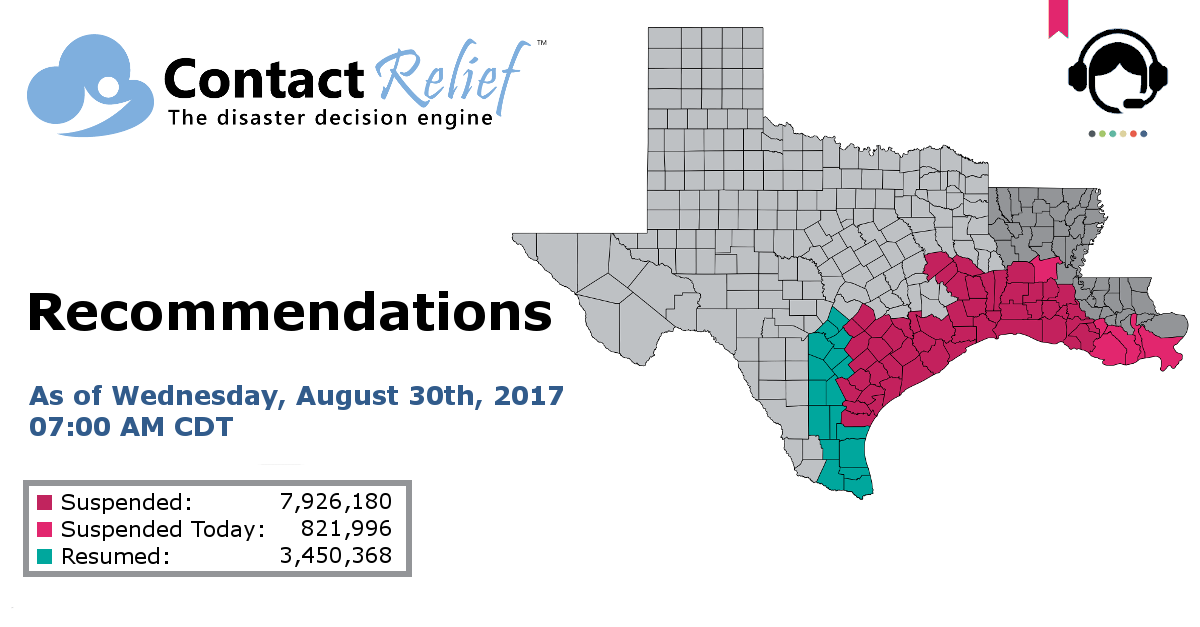 Additional counties in Louisiana should be suspended as Harvey makes second landfall near Cameron, Louisiana.

ContactRelief is making public a recommendation made to subscribers Tuesday, August 29th, to suspend contact with consumers in additional parishes in Louisiana as a result of Tropical Storm Harvey. Contact should now be suspended for Louisiana parishes: Assumption, Jefferson, Lafourche, Plaquemines, Rapides, and Terrebonne.

Tropical Storm Warnings, Storm Surge Warnings, and Flood Warnings were issued for part of Louisiana as Harvey made landfall for the second time early Wednesday morning just west of Cameron, Lousiana. Harvey is expected to produce an additional 3 to 6 inches of rain with up to 10 inches expected in isolated areas as it moves through Louisiana today.