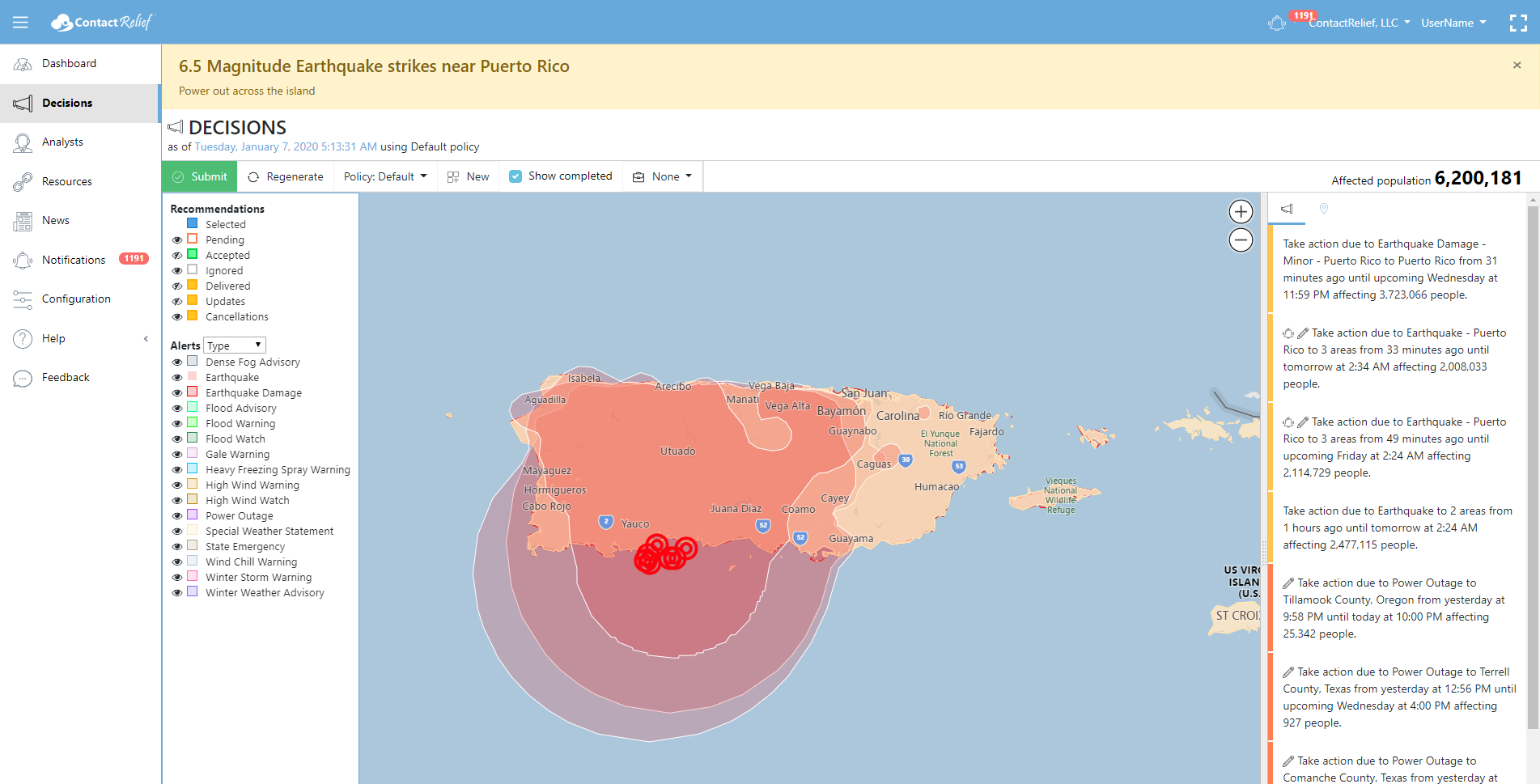 Damage to homes reported and power out across island as earthquake swarm strikes near and on Puerto Rico.

A swarm of earthquakes including a 6.5 Magnitude earthquake struck near Puerto Rico before dawn on Tuesday, January 7th, 2020. One earthquake struct the island directly while the remaining quakes occurred approximately 3-10 km offshore.  In total, 8 seperate events above an insensity level of 5 were recorded.  Intensity measures the amount of shaking at the ground level and is not measured on the same scale as is used for earthquake magnitudes.  Magnitude measures the raw power at the focal point of the earthquake which may be deeply buried underground.

The quakes took out power across the island of Puerto Rico.  Swarms of earthquakes have been detected in the same region over the last week but none were as significant as the earthquakes reported today. Power officials claim that the power grid will be "reenergized" later today.

Multiple deaths and injuries have been reported. Widespread damage is being reported and additional damage assessments are expected as time passes.  The damage so far reported is:

A tsunami alert was issued by the USGS but later retracted.

ContactRelief recommends suspending contact with consumers on the island of Puerto Rico until power is restored and further damage assessments are conducted.