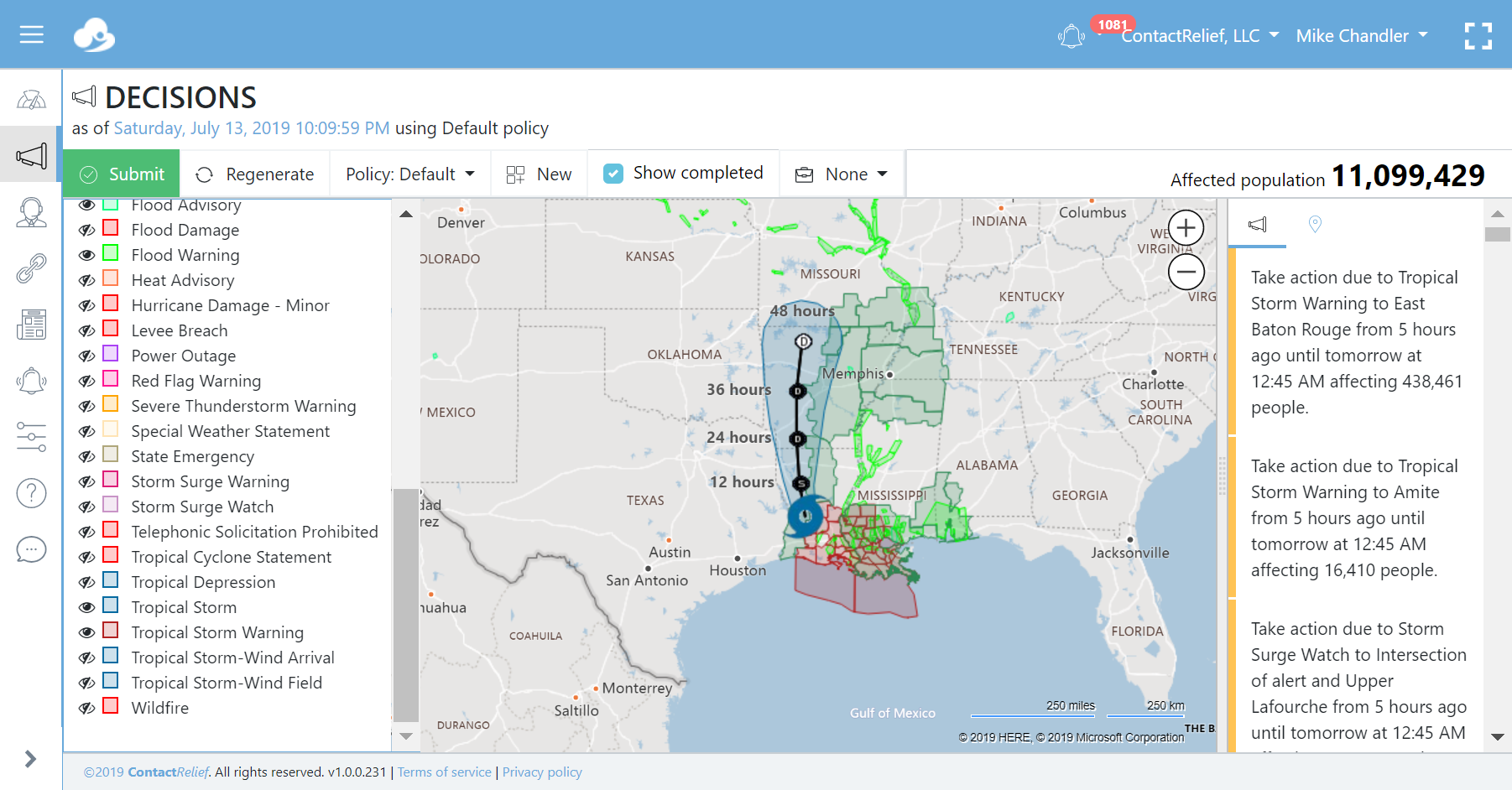 Barry made landfall near Intercoastal City, Louisiana around mid-day Saturday and then weakened quickly into a Tropical Storm. A strong storm surge flooded some coastal areas, several levees were breached, and many more were topped by Barry's flood waters. New Orleans was spared the heaviest rains but officials warn that Barry still packs significant rain and the full effects of the storm have not yet materialized. Forecasters say that the storm could also produce multiple tornadoes.

At 1000 PM CDT (0300 UTC), the center of Tropical Storm Barry was located near latitude 31.0 North, longitude 93.0 West. Barry is moving toward the north-northwest near 8 mph (13 km/h). A turn toward the north is expected on Sunday, and this general motion should continue through Monday. On the forecast track, the center of Barry will move across central Louisiana tonight, through northern Louisiana on Sunday, and over Arkansas Sunday night and Monday.

Maximum sustained winds have decreased to near 50 mph (85 km/h) with higher gusts, and these winds are occurring near the coast to the southeast of the center. Additional weakening is expected as the center moves farther inland, and Barry is forecast to weaken to a depression on Sunday.

Tropical-storm-force winds extend outward up to 205 miles (335 km) mainly over water to the southeast of the center.