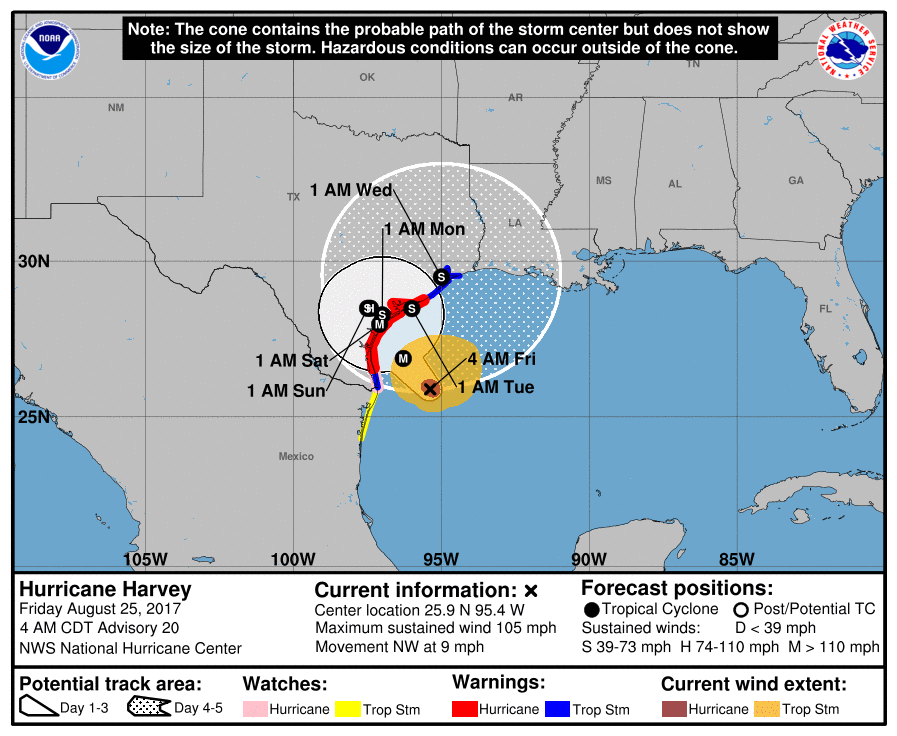 At 4 AM CDT, the National Hurricane Center (NHC) said that Hurricane Harvey is "dangerously approaching the Texas coast" having strengthened to a Category 2 storm. Maxiumum sustained winds of 105 mph where recorded. Harvey is expected to continue to intensify as it approaches the Texas coast.


The NHC reported that the eye of Hurricane Harvey was located near latitude 25.9 North, longitude 95.4 West. Harvey is moving toward the northwest near 9 mph (15 km/h), and this general motion is expected to continue during the next couple of days. On the forecast track, Harvey will make landfall on the middle Texas coast tonight or early Saturday. Harvey is then likely to meander near or just inland of the middle Texas coast through the weekend.

In addition, the combination of a dangerous storm surge and the tide will cause normally dry areas near the coast to be flooded by rising waters moving inland from the shoreline. The water is expected to reach 12 ft in some areas.

ContactRelief's recommendation to suspend contact with consumers in the affected areas was issued Thursday, August 24 at 10:16 am CDT and continues to remain in effect until further notice.