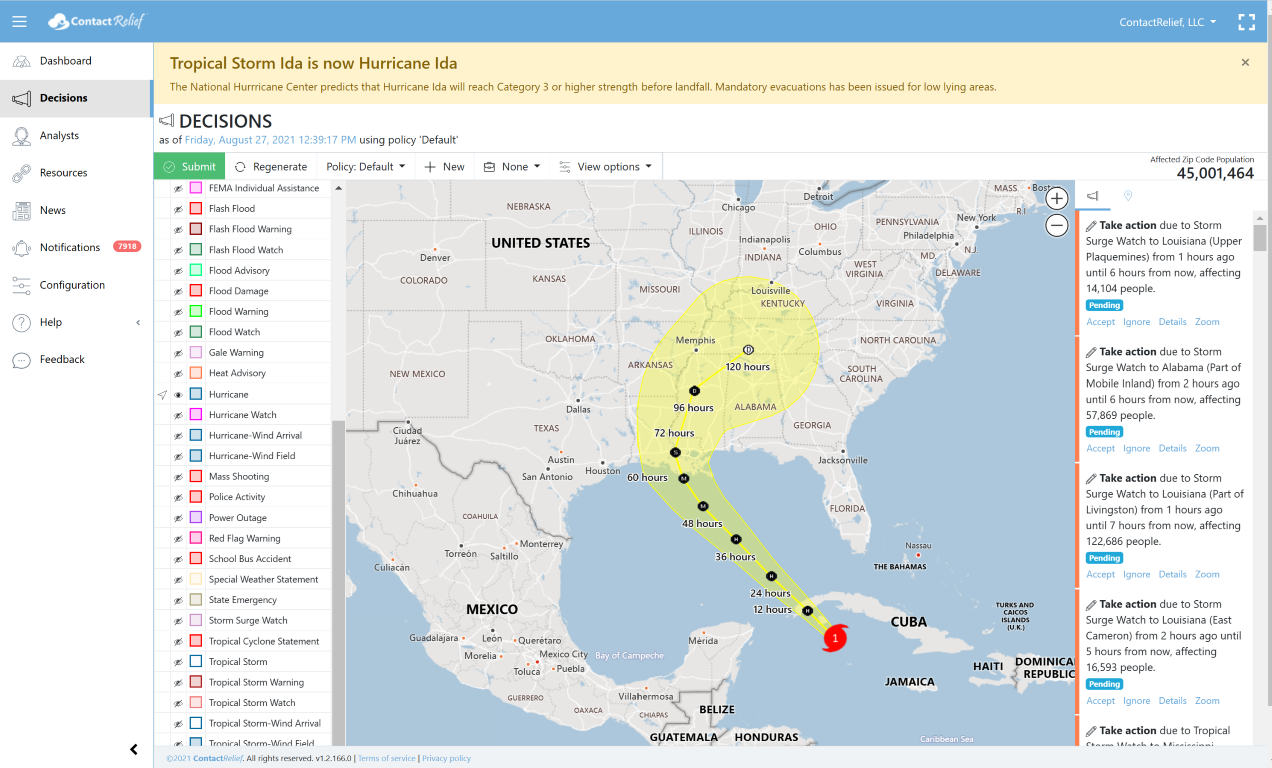 Ida has reached Category 1 hurricane strength and further strengthening is expected.   On the current forecast track, Ida is expected to strike Louisiana late Sunday evening or early Monday morning at major hurricane strength (Category 3 or above).  There is a possibility of tropical storm force winds from Texas to Alabama.  It is still early in the life of this storm and the forecasted path and speed of the storm could change.

Evacuations have been issued for low lying areas around New Orleans. 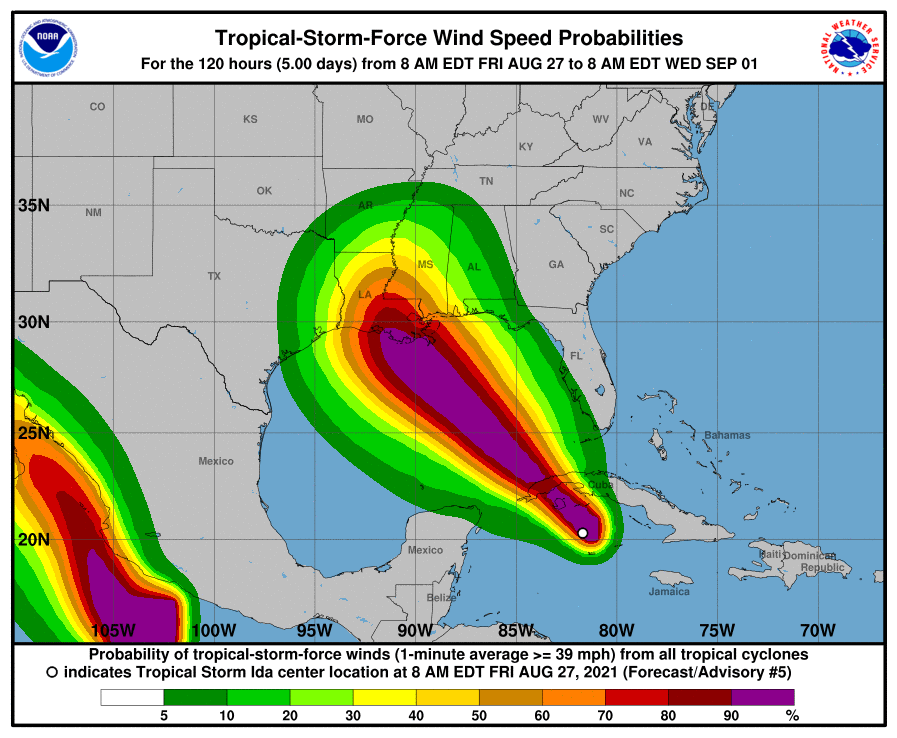 ContactRelief has issued Tropical Weather Strategy alerts and recommendations for the affected areas.  Contact centers should monitor the forecast track, wind field size, and arrival time of tropical force winds in the ContactRelief Command Center and take action if there is any deviation of either storm's forecasted track.