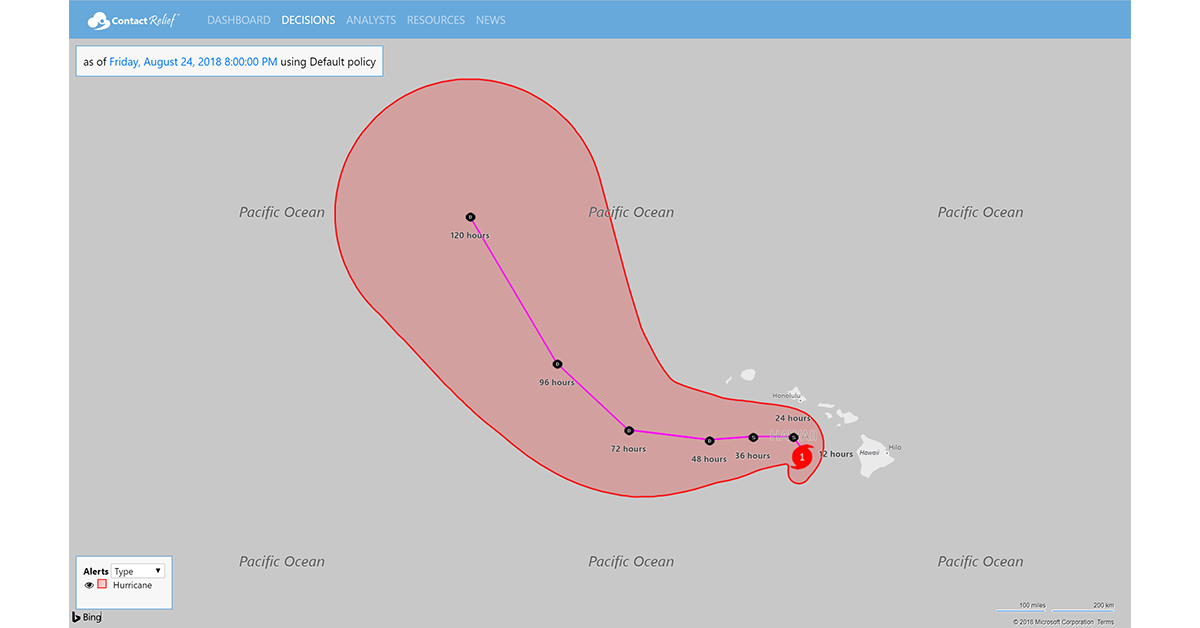 Hurricane Lane Weakens But Slows To a Crawl

Hurricane Lane continues to weaken and is now a Category 1 storm. As of 2:00 HST (7:00 CDT), the center of Hurricane Lane was located near latitude 19.6 North, longitude 157.8 West moving toward the north-northeast near 2 mph (4 km/h). The Central Pacific Hurricane Center expects this general motion to continue through tonight. "A turn toward the west is anticipated on Saturday, with an increase in forward speed," forecaster there said. Maximum sustained winds are near 85 mph (140 km/h) with higher gusts.

Hurricane Lane has dropped a prolific amount of rain on Hawaii with more to come causing localized flooding and mudslides. However, the damage to structures is mostly minor across the islands. The Big Island seems to have been the most affected by Lane's rainfall. Officials say that the area has averaged 29" of rain with parts such a Hakalau at 34". On the southern end of the Island, Hilo had over 20" of rain with localized flooding forcing some evacuations. With Lane's weakening, the chance of significant wind damage is minimized, but its slow forward progress before turning West means that prolonged rainfall may cause additional localized flooding and mudslides. ContactRelief's meteorology team estimates that Oahu will get 15"-20" in the next 24-36 hours with Tropical Force winds, but Kauai may be largely spared.

Isolated power outages in the thousands have been reported on the Big Island, Kauai, Maui, Molokai, and Oahu including at the Kahului Airport on Maui. River and lake flood buoys are mostly nominal but as we saw with Hurricane Harvey and Irma, river flooding can be delayed. Multiple road closures are still in effect. Unbelievably, a brush fire early today forced evacuations in West Maui with 300 acres burned, and a second brush fire has recently broken out in a West Maui subdivision. Officials are hoping the rain will help control the fire but are hampered by severe dry conditions in the area.

ContactRelief recommends suspension of contact with consumers in the Hurricane Warning, Hurricane Watch, and Tropical Storm Warning areas. Damage on the Big Island, Maui, and Oahu has been reported. See the ContactRelief Hurricane Damage alerts for more information.

Weather alerts, emergencies, and breaking news are monitored around the clock. The Disaster Decision Engine applies your rules to help you decide when to take action for your consumers. Your recommendations are sent to your contact centers and partners with ZIP Code granularity.
Take the tour