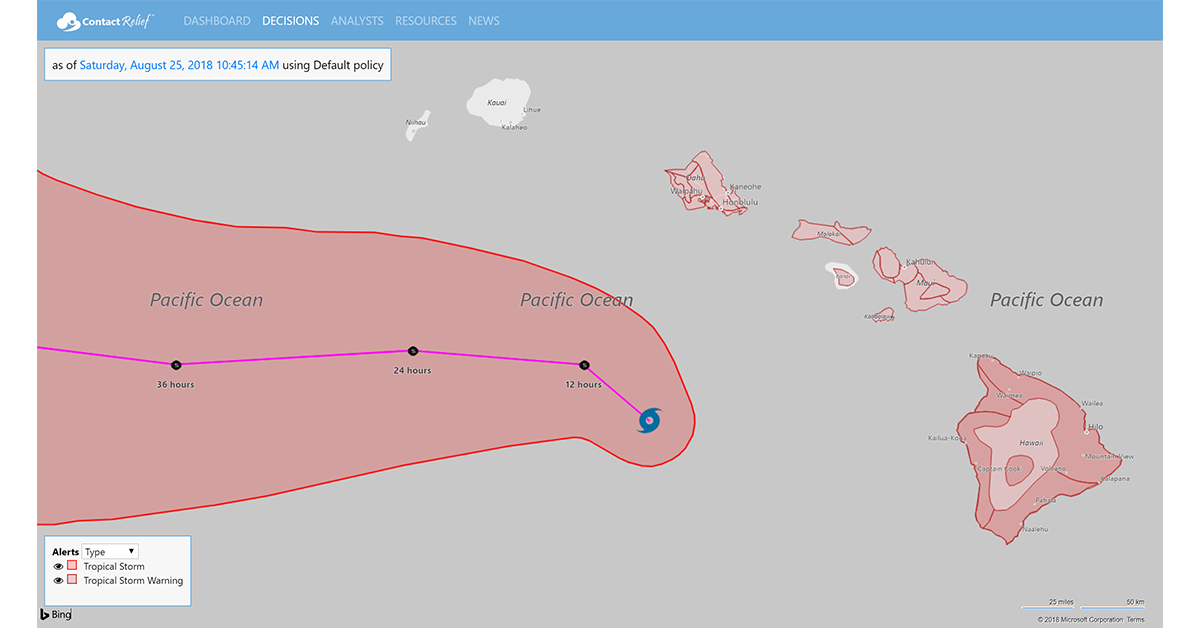 Hurricane Lane was downgraded to a Tropical Storm Friday night, but this weakening belies the fact that rainfall from Lane may exceed the historic rainfall dumped by Hurricane Harvey on Texas. Rainfall has already exceeded 45" at some locations on the Big Island. Officials caution that the threat from Lane is not over.

At 5:00 AM HST (10:00 CDT), the center of Lane was located about 110 miles (175 km) South-Southwest of Honolulu Hawaii near latitude 19.8 North, longitude 158.4 West moving toward the north near 3 mph (6 km/h). Forecasters at the Central Pacific Hurricane center expect this slow movement to continue this morning followed by a turn toward the west with an increase in forward speed starting later today or tonight. Maximum sustained winds are near 60 mph (95 km/h). On the forecast track, the center of Lane will pass south of Kauai and Niihau later today and tonight.