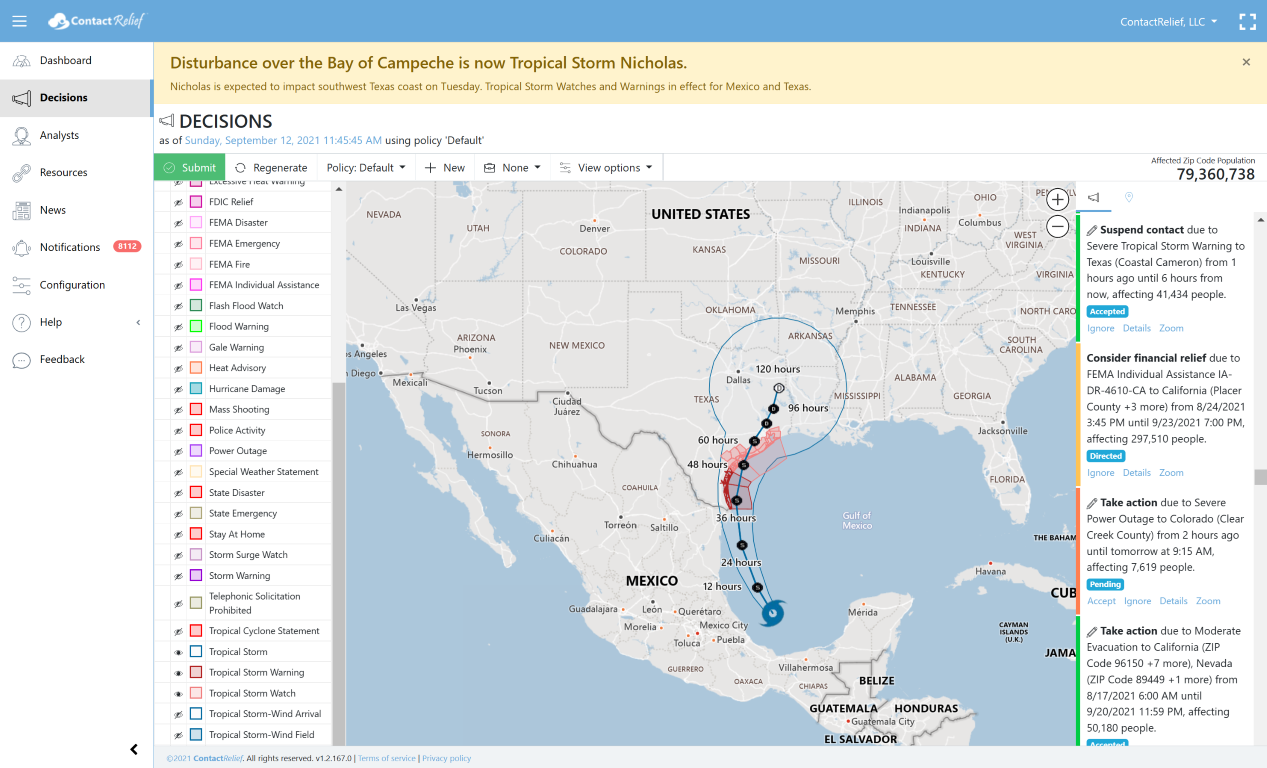 Tropical Storm Watches and Warnings are in effect in Texas for Tropical Storm Nicholas.  Nicholas is expected to start affecting Texans on Sunday, make a close approach on the southern Texas coastline on Monday and impact the middle Texas coast on Tuesday. 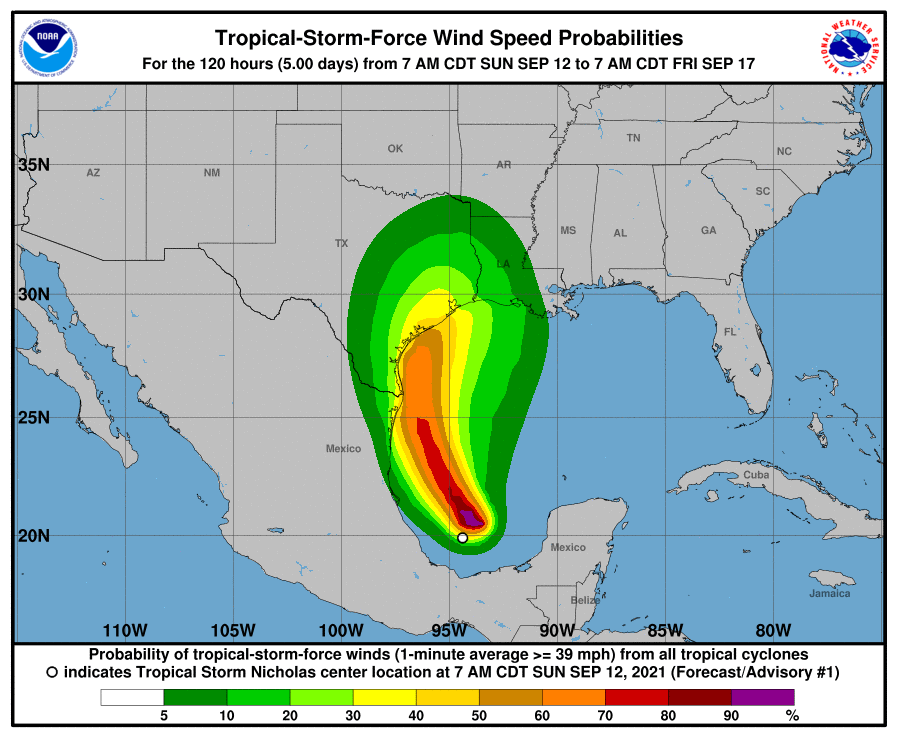 ContactRelief has issued Tropical Weather Strategy alerts and recommendations for the affected areas.  Contact centers should monitor the forecast track, wind field size, and arrival time of tropical force winds in the ContactRelief Command Center and take action if there is any deviation of either storm's forecasted track or intensity.